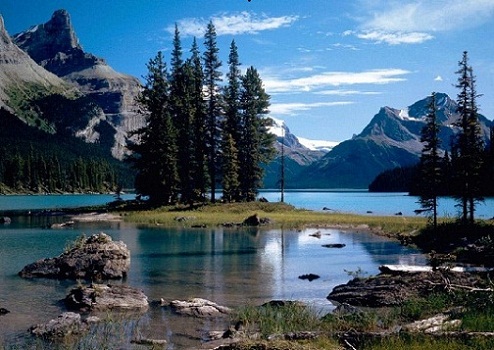 Alberta is bounded by the provinces of British Columbia to the west and Saskatchewan to the east, the Northwest Territories to the north, and the U.S.state of Montana to the south. Alberta is one of three Canadian provinces and territories to border only a single U.S. state and one of only two landlocked provinces. It has a predominantly humid continental climate with stark contrasts over a year but seasonal temperature average swings are smaller than to areas further east, due to winters being warmed by occasional chinook winds bringing sudden warming.

Alberta’s capital, Edmonton, is near the geographic centre of the province and is the primary supply and service hub for Canada’s crude oil, oil sands and other northern resource industries.